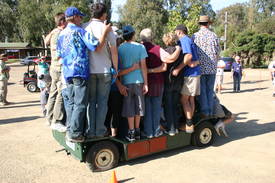 In case you are wondering how many people you can fit in a Moke, it is a fairly easy 36. 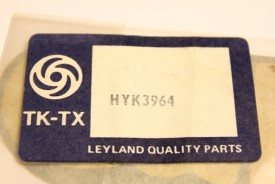 Shopping for Moke parts at your local SuperAutoCrap can be frustrating - most of them have never heard of a Moke! Thanks to a lot of work from This Little Piggy on the Mokes Inc. Forum and members contributions, here's a list of some of the common parts you might be able find there and the numbers you need to quote.

My Tips On Buying A Moke 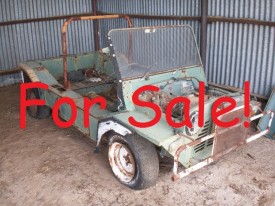 Owning a Moke is wonderful thing - but there are many traps you can fall into.

Welcome to Moke Slang, like any culture you need to understand the language before you can really communicate and understand what is going on. Enter and become the most boring person at a Dinner Party with your new knowledge of Moke Slang.

Two Complaince Plates on one Moke 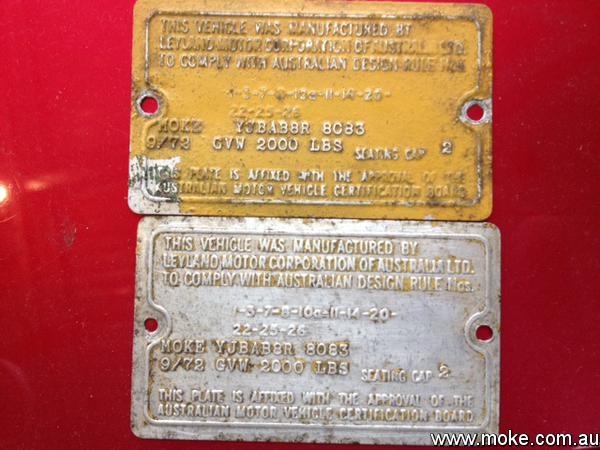 At a Moke Owners Association Service Day in July a member showed me the two Australian Design Rules Compliance plates that he has taken off the same Moke that he is restoring. The two ADR plates are almost identical although one shows a spelling mistake in the word Moke that gives a clue as to perhaps why two plates were created and perhaps the issue was spotted late and removing the the first one was not practical.

Besides the obvious spelling mistake, MOKZ, there is one other difference and that is that one plate shows ADR 10a while the other shows 12a. 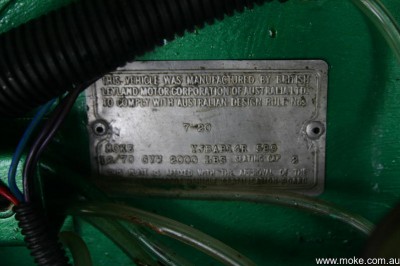 An ADR plate from a most intriguing Moke that I have come across because of the number of anomalies it presents. 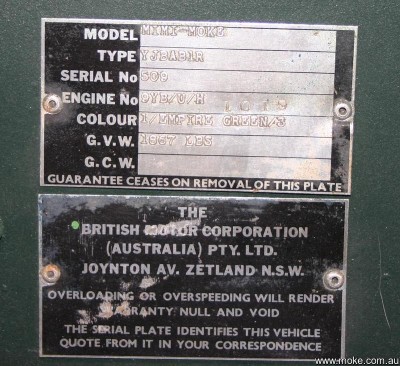 On this plate from the oldest known surviving Australian Moke says it is a MIMI Moke.

Some History on Model Mokes

Model and Collectable Mokes are available and can range in price from a few dollars to more than $100 dollars for something like a Dinky Moke still in the original box. Andrew P. shares some of his knowledge of the world of collectable Mokes with us in this series of articles. 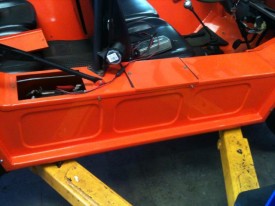 I am not interested in sparking a positive and negatives of the Chines Moke Bodies, rather how someone can "spot the difference" quickly or make an informed decision as to what they are purchasing or looking at.