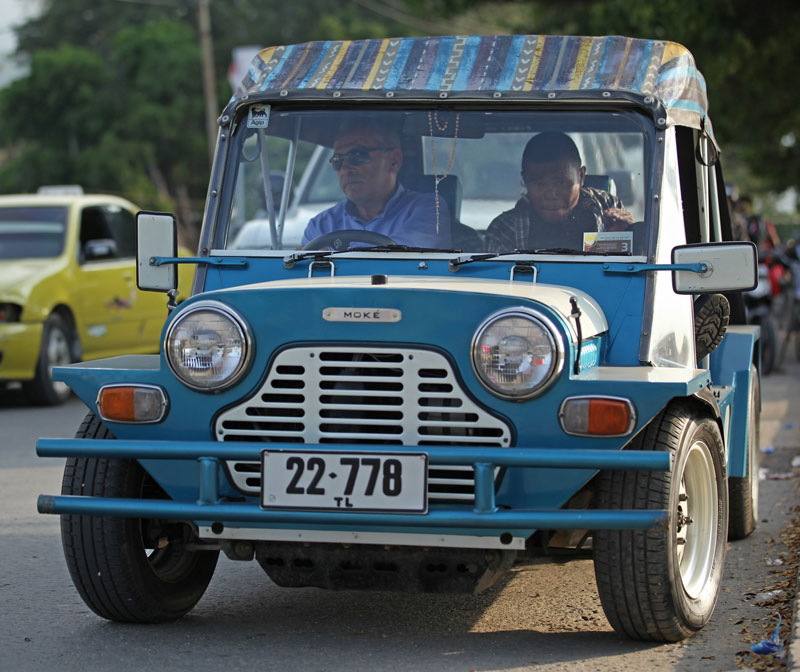 Dr Hose Ramos Horta was the public face in exile and key player in the independence of Timor-Leste and once returned to his home country was seen tootling around in his blue Moke in the media, even surviving an assassination attempt near his Moke I believe. I have shared a few emails with Mr Horta who told me the Moke was purchased by a friend of his in Adelaide and fixed up and sent over to Timor-Leste. Showing his credentials as a true Moke owner, he was playing the sympathy card looking for cheap parts for a 'poor Moke owner'.  Photos to come. 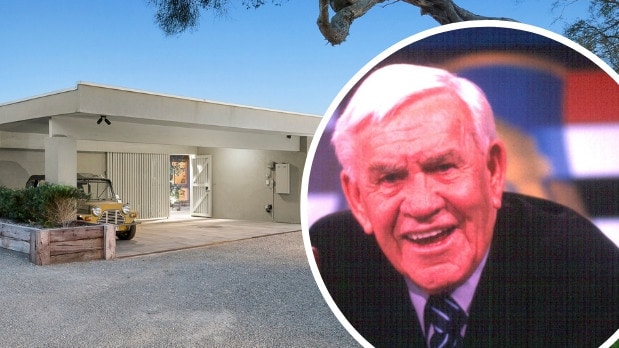 Australian Rules Football and footy show media stalwart, Lou Richards was also know in Moke circles for having a Moke at his house in Portsea. Some years after his death the property came up for sale and in the real estate photos a brief glimpse of the Moke in the carport. Reportedly restored for $14,000 back in the late 80's or early 90's, the general gossip around the Moke club was it was very expensive, for the time, and not that well done.

Cherylee Harris is TV presenter and media person in South Australia who in her early life managed to win a Moke in a beauty contest in the 80's according to a small titbit I found in an old newspaper article. I did contact her by email some time ago but she wasn't able to provide any images of the Moke and I got the impression she did have it for very long, the reply was polite but short, obviously he Moke didn't rate highly for her. 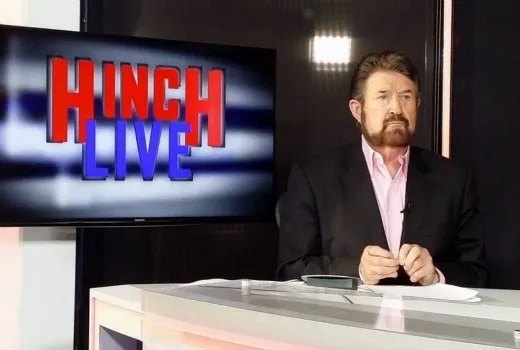 Journalist and Politician, Derryn Hinch, owned not just a Moke, but the last Moke off the production line sometime in the late 80's or early 90's. In the early 90's when I first got involved in Mokes I was offered this Moke for $15,000 by the then owner who said he was working at Channel Seven on Hinch's TV show and had purchased the Moke from Mr Hinch during that time. It was the first of two Mokes in my time that I have been offered the chance to buy for $15,000 however at the time couldn't see that sort of value in them, the Factory 4WD Moke was the second one in 1997 while it was still in original condition. 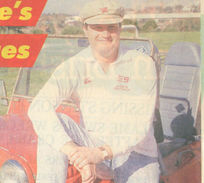 Not an image you can unsee but not for the Moke you would erase all evidence if you were Mr Munro.

Kerrie Anne Kennerly is known to have a fondness towards classic british sports cars like the MG's but in an article from the Womans Day she makes mention of owning and running around in a Moke. No picture of said Moke and attempts to make any contact go unanswered.

Diana Rigg worked with Mokes in the The Avengers and had her own Moke. Although this image is most likely from the TV series I seen one and probably saved it somewhere, of her driving down a driving from her house on an island somewhere. 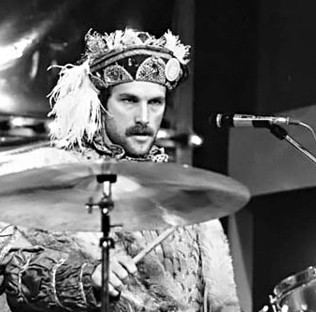 Not a name that too many people would recognise but better known as 'Freddie' Strauks the drummer of Skyhooks, one of the top Aussie bands across the mid '70's. Not only liked because he was good in bed, but it turns out Freddie used to also drive a Moke. This small snippet of information, no pictures yet, came about when a mature age lady saw my Moke in the streets of Richmond and commented that 'When she was 17 the drummer from Skyhooks used to pick her up and take her to gigs in his Moke.'

Paul Jennings and his Moke 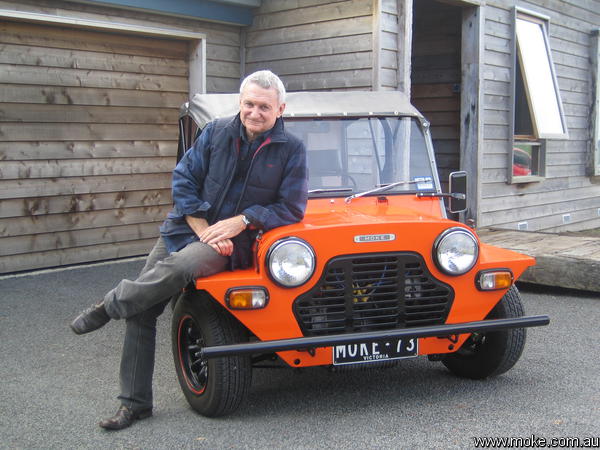 Well known Children's book Author Paul Jennings has got himself a nice 1973 Moke in a shade of Home on the O'range and has been making a few mods to suit his tastes. He says the Moke is for driving around his country Victoria property to entertain visiting kids, but I suspect there is a little more to it than that.