Diana Rigg worked with Mokes in the The Avengers and had her own Moke at her house on a island that name escapes me at the moment. Also missing at the moment is the newspaper article and photo of her driving said Moke so a couple images from the Avengers will have to do for now until I find them. 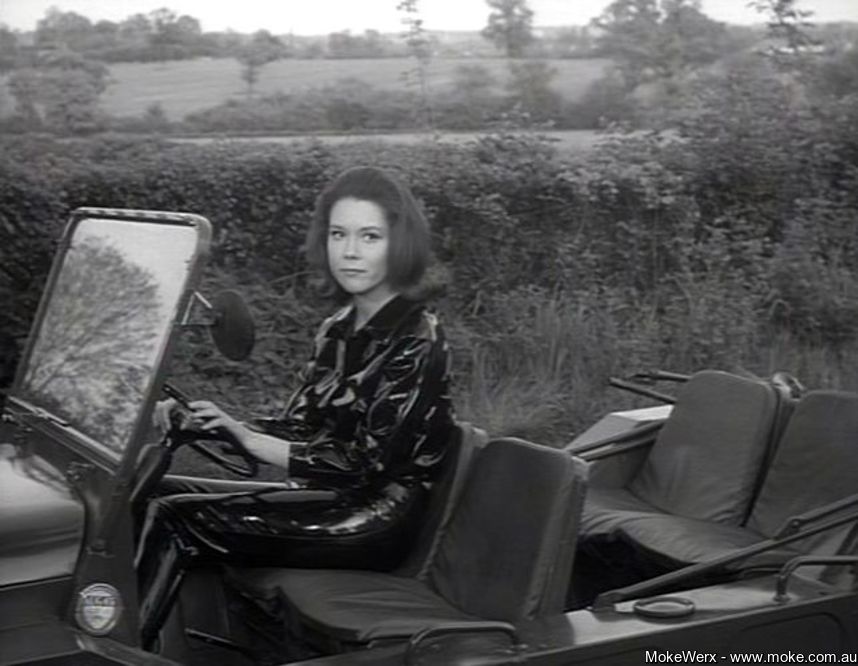 One image source from here.