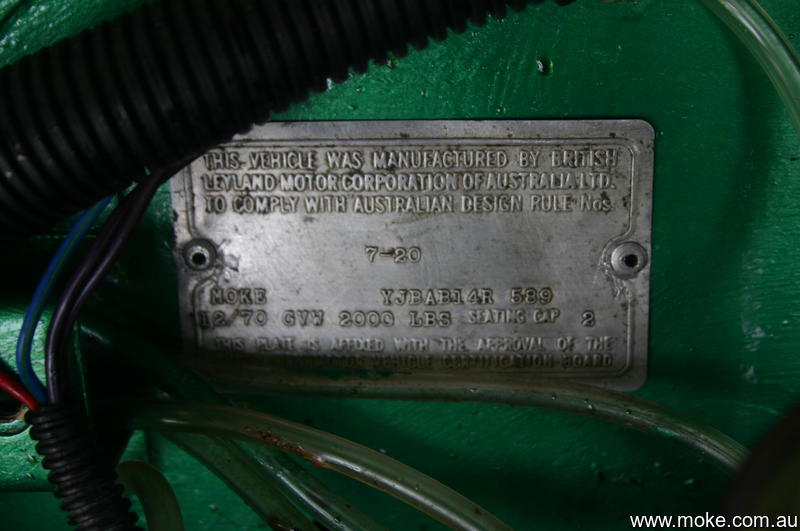 The obvious oddity for an Export plate is the December 1970 build date that well pre-dates Export Mokes that began production in 1971. Only two ADR requirements on this plates which might suggest the back dating of the plate to avoid some requirement.

The prefix and serial number also comes up on a list of Mokes that were written off by the company as they got submerged during the Queensland floods in the early 1970's.

What also makes this Moke interesting is that it has no rear fuel tank and appears to have left the factory with a side tank and displays evidence of once being left hand drive.