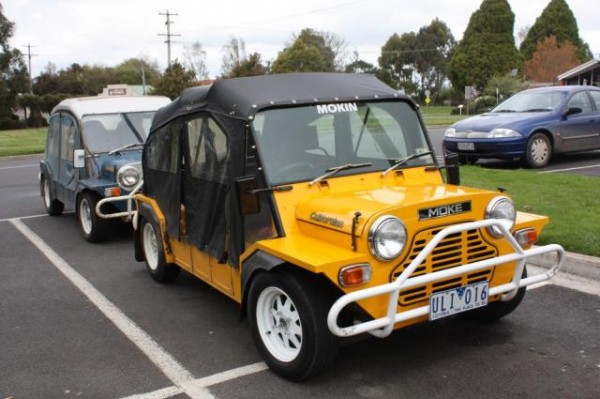 IMD Gipssland was a run down to Mirbo North and the Grand Ridge Road.

Well IMD 2012 has been run and done, just wish for better weather next year.
The day started for my mob driving to Drouin (about 40k's away)  in pouring rain
Dynky was missing and struggled on some of the hills on the freeway but we finally got to
the meeting point a few minutes before  the Melbourne mob arrived.
Only 2 mokes and one BV, sadly another moke was at the Hallam meeting point but he had no roof
so he decided to stay in Melb.
Unfortunantly not many photos taken. 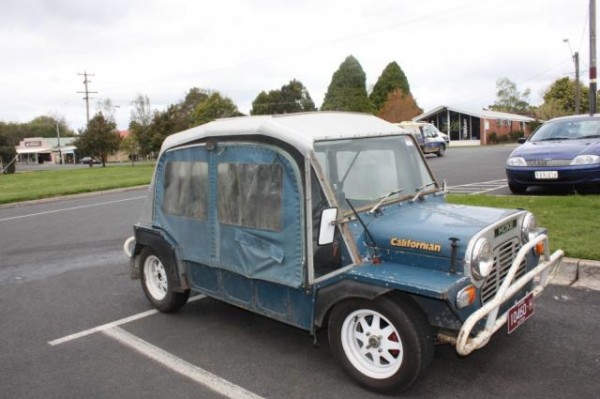 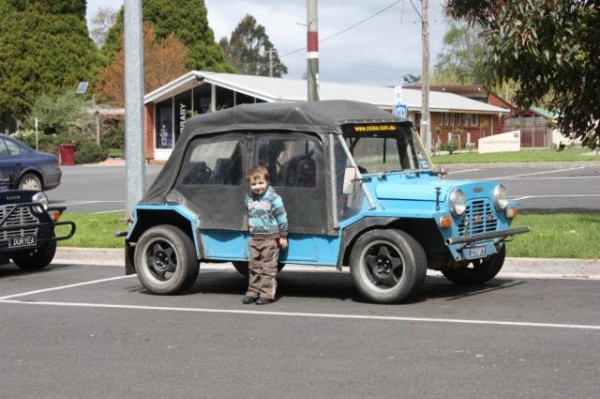 When we got to Mirboo North another moke was spotted in a carpark, Russell & wife
were going for a drive from Inverloch to test out their newly restored moke, was good to catch up with them. 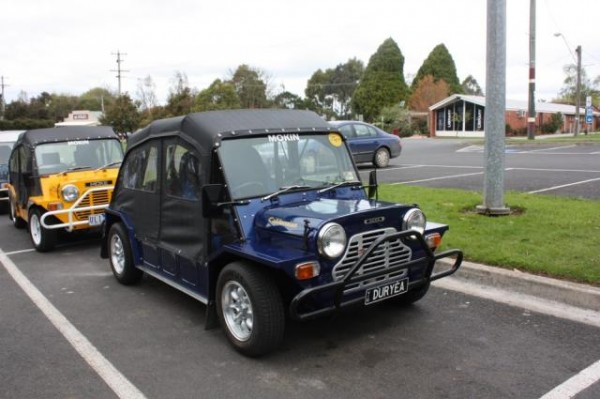 I did hope for a couple of other mokes but the weather wasn't the best for Moke travel.
I did take a vid of the drive along the Grand Ridge Rd, but I was going slow as one of the kids
in Garfield were feeling a bit queezy.