Are Your Donuts Stuffed? 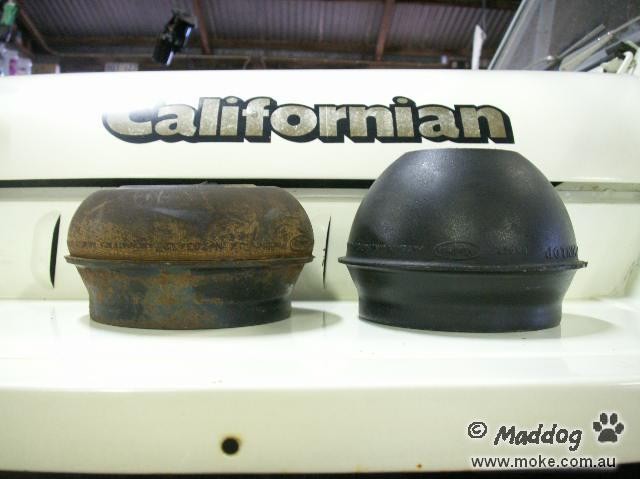 The front suspension on a Moke is provided by a round rubber cone (commonly called a donut) that is connected to the wheel by an alloy trumpet with a ball and cup joint that pushes upon the top suspension arm. Donuts are like tyres, they are both made of rubber and they both wear out. Worn out donuts not only make a Moke look bad, they also affect the ride and handling. And when they get really bad, the only suspension you have left is the bumpstops. This is not only dangerous, but can cause damage to the front subframe.

Unfortunately, you can't see the donut, let alone measure it without stripping the front suspension. But there are ways of checking it, and the easiest is to simply have a good look! Of course, a bit of experience helps - so this is what you are looking for. 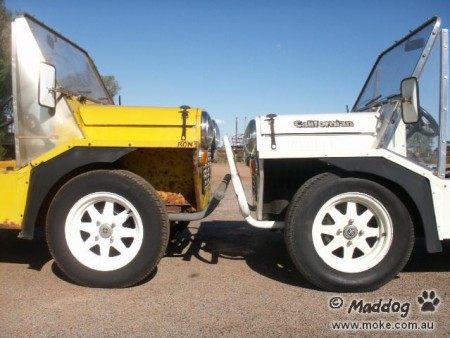 The yellow Moke has new standard donuts, and the white one has it's original ones made in 1981. It's quite easy to see the difference side by side (look at the height of the indicator lights!), but one Moke on it's own is a bit harder. The main thing to look for is how the mud spats line up with the tyre - is the gap the same all the way around, or is half the tyre covered at the top? Also look at the overall stance of the Moke - a slight slope down to the front is normal, but a definite downward trend is not.

Another old favourite is the "fist test", where you put your fist between the top of the tyre and the bottom of the mudguard. Great for a quick inspection, but it will depend on tyre sizes and of course the size of your fist!

I much prefer to look at the actual suspension itself, which will very accurately tell you how worn the donuts are, regardless of tyre size, experience or fist size. It also gives you a chance to check some of the other bushes and joints for wear.

Note - in all these photos, the shock absorber has been removed for clarity. They are also photos of  Gal body Mokes that use longer bumpstops. Earlier Mokes used a shorter bumpstop, but have an extra pad welded on the top arm - so the gap should remain about the same.

This one is in good condition - new donuts with adjustable Hi-lo's set at a good ride height. 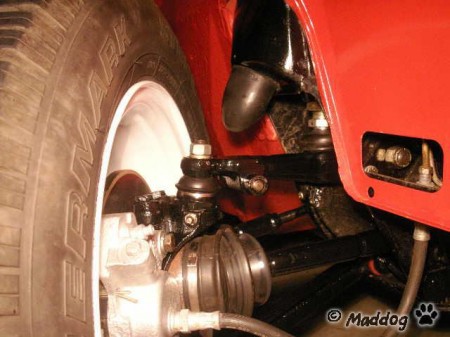 Notice the top arm is about level, the drive shaft is on a slight angle down to the hub and there is about an inch gap between the bumpstop and the pad on the top arm.

This is what you don't want. 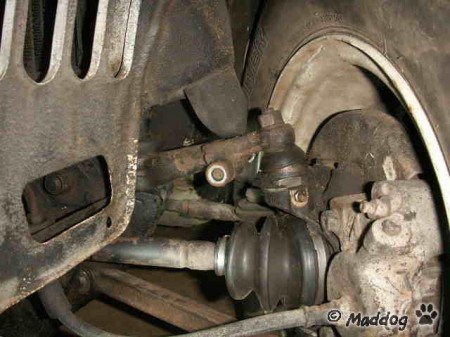 Top arm angles up, driveshaft is level to slightly up and the bumpstop is hard on the top arm. Not much travel here!

The suspension in the next photo looks better, but is in fact actually worse. 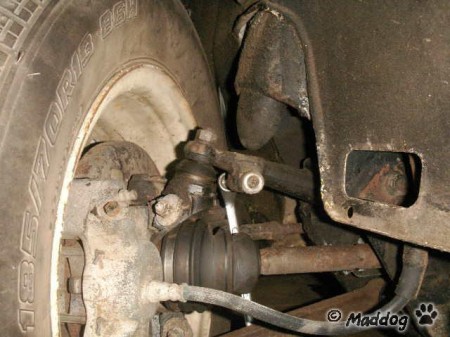 Top arm angles up, driveshaft is a bit up, but there is a small gap between the bumpstop and the top arm, so it should be okay? Unfortunately not - the gap is there because the bumpstop has been doing all the work for too long and has deformed the subframe. 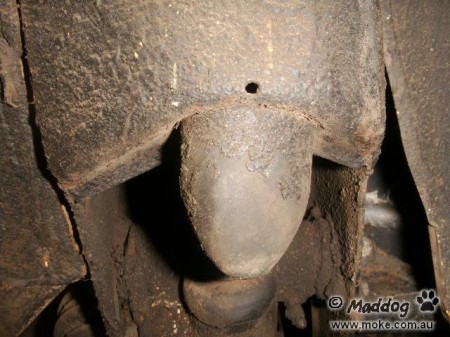 Notice the bow up? This is what it should look like, nice and straight. 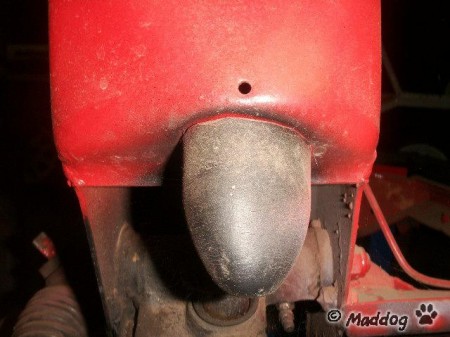 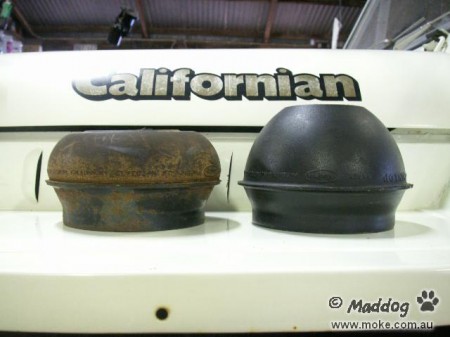 Doesn't look like much, but the top suspension arm gives around a 3:1 ratio. So 1 inch difference in the donut drops the front by about 3 inches!

It is also worth noting that new donuts will settle, so the height you see here won't last for long. And after they have settled, they will continue to drop over time until eventually you are back where you started. This is the reason most people fit Hi-lo's at the same time as new donuts, so you can lift the front occasionally to retain some suspension travel.

Hi-lo's can make a huge difference - but should never be fitted as a solution to worn donuts! If you can't afford both, fit the donuts first. 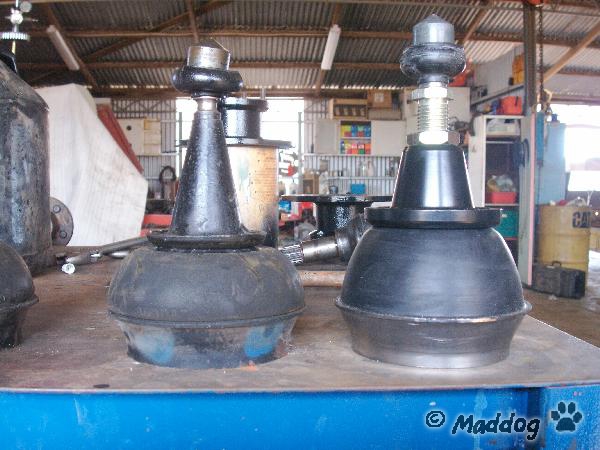 If your Moke already has Hi-Lo's, then it is possible to have a good ride height even with stuffed donuts. The good news is it won't do any harm, but you will have a very rough ride!

There are other less common reasons for the front being low, the most likely is wear in the knuckle joint  in the top arm. If the rubber boot is missing or dislocated, the ball can wear through the nylon cup and into the arm. In rare cases, the alloy trumpet can break, leaving the bumpstop as the only suspension. This is usually caused by the rubber cap on the bulkhead being lost, and the trumpet filling with water and corroding from the inside.

So whether it's your own Moke or one that you are looking at buying, crawl underneath and have a look. New donuts aren't cheap, but they will make a huge difference to the way a Moke drives. Apart from rust and making sure the brakes are safe, this is one of the most important areas to check - and one of the most neglected!