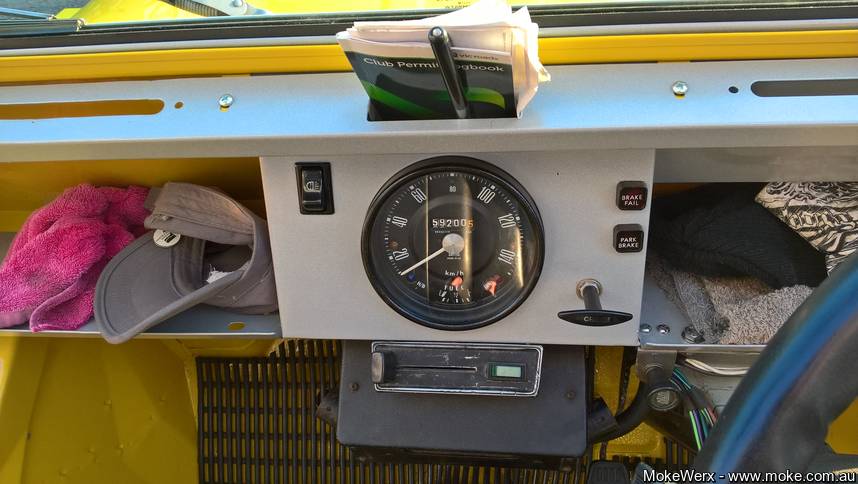 The centre dash console panel and arrangement of switches and lights had numerous variations during the final years of production and this article intends to show case examples that are original or close to original that show those variations. 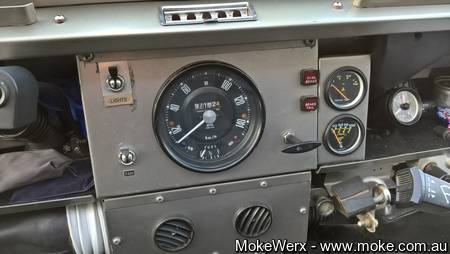 This example while not exactly original does provide a good clear example of what was fitted to a January 1981 build that left the factory with a heater fitted. The two gauges to the right are fitted by the owner and the black rectangular rocker switch for the lights in the top left has been replaced by a toggle switch and a label with Lights. All other aspects of this dash are believed to be original.

The square front heater is normal for the later builds with the water valve tucked away on the right between the steering column and the heater. 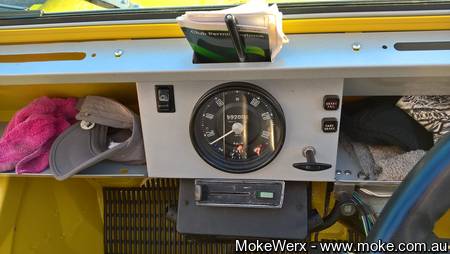 This very original looking arrangement comes from a circa 1980 Moke, that I forgot to check the build date on when I took the photo, and the lack of a heater switch in the dash panel the fitting of the earlier style heater suggest the heater was fitted later by a previous owner. Otherwise the dash displays the standard layout of Lights switch, speedo cluster, choke cable and the Brake Fail and Handbrake lights.