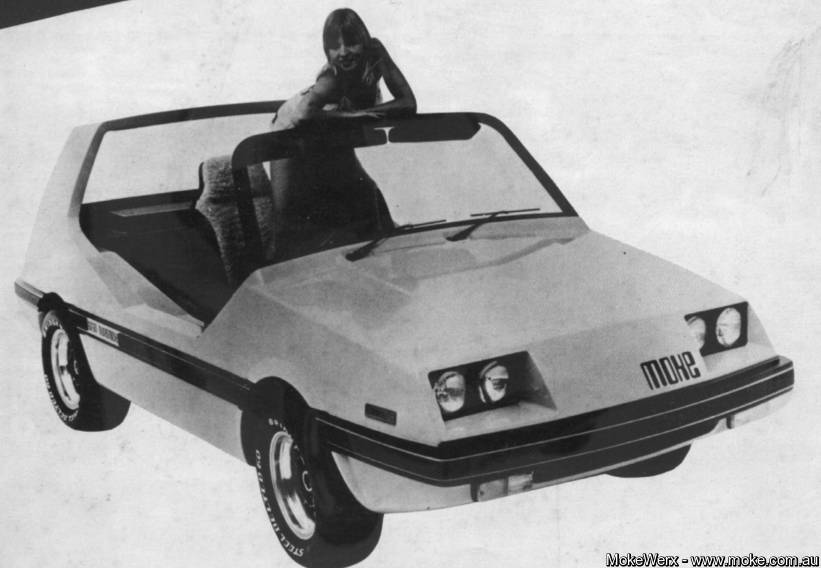 The vehicle was commissioned by Leyland as a prototype for an alternative look to the Moke and was intended to be a fibreglass body that sat over the standard Moke body and was shown at the Melbourne Motor Show. Only one example was built  and it was constructed from plywood due to time constraints and displayed at the Motor Show however the intention was to use the displayed vehicle to produce a mould for the fibreglass bodies. Lack of interest from Leyland saw the Gran Turismoke sit around largely forgotten and was eventually broken up, the Moke underneath sold on and body used as firewood.

Not a lot of information has been available about the Gran Turismoke other than a couple of press releases around the time it was displayed at a Motor Show in Melbourne. More recently The Mini Experience has had a couple of articles recycling the same information but included a colour photo of the vehicle and a second article that showed more of the prototype drawings from its designer.

I first came across pictures of this Moke when I first joined the MOA back in the early 1990's and have been intrigued and fascinated by the look, I had a thing for RS2000 Escorts growing up, and the idea of drop on bodies over a stock Moke is still with me today.