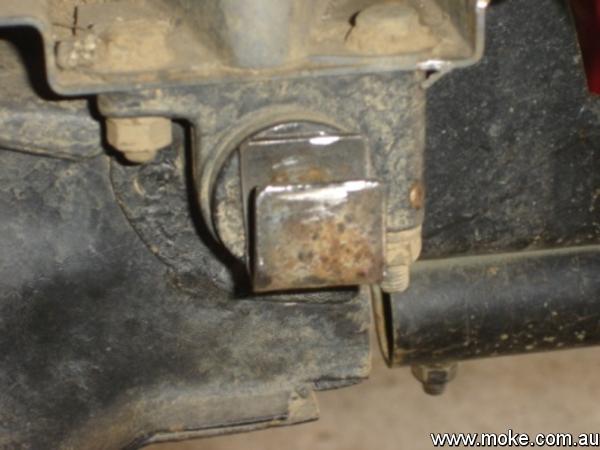 As you know I'm beefing up the Ratster. I hope that next year if an outback tour is organised i might be able to tagalong. So with this in mind plus my tendancy to go that bit further than maybe i should. I'm implementing Terrys suggestions and here is the next one.
As you may remember i bent my hilo rods in the rear. 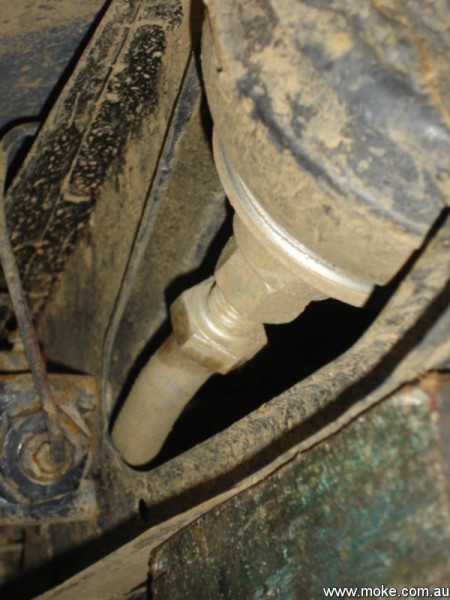 They bent because the suspension had bottomed out but needed to go more so the rods bent instead. I strengthened them but if the same thing happened again they won't bend so what might happen?  The next weakest link in the suspension is the trailing arm pin these have been known to sheer.
No big drama it just means you have to fit a new one. (assuming you carry a spare and on a big outback tour that would be advisable) But what happens is the back wheel is being dragged, so when the pin breaks the wheel will try to turn into the wheel arch and in doing so the tyre rubs on the rear subframe bolt. Depending on how fast you're going and how long it takes to pull up the tyre gets a big gouge in it maybe even stuffing it. 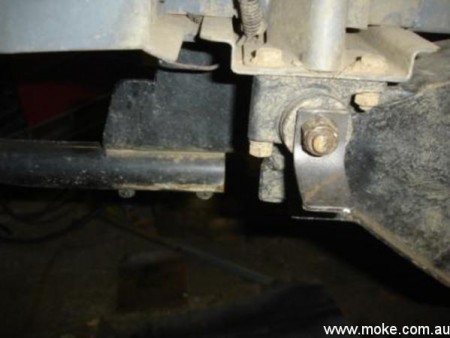 To overcome this you need to cut a piece of steel about 50 - 60mm long by about 30mm wide. Drill a hole in one end a fraction bigger than the diameter of the rear subframe bolt.  Remove the subframe bolt nut and fit the plate over it replace the nut and cut off the protruding thread. it will look like this:


You then get a hammer and bend the steel back over the nut. Making sure the fold is pointing down to the ground 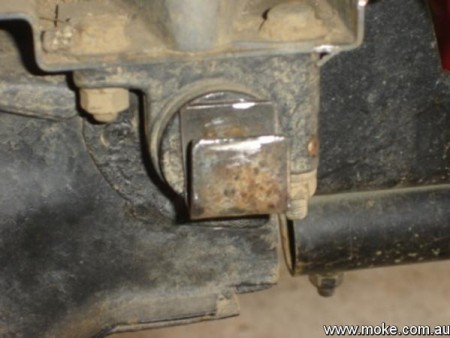 The idea is that the tyre only rubs on the flat spot and therefore doesn't get destroyed leaving you with just the trailing arm pin to worry about.


For more discussion and comments on this particular modification visit this thread on The Moke Forum.

The modification appears to have come originally come from a memebr of the Moke Owners Association. This article originally appeared on The Moke Forum posted by Smoken.