These carbies have an 1 1/4" bore and were originally fitted to Australian made 998 and 1098 motors from 1966 to around 1974. Usually the fuel bowl is on the right, and they had the small tin air cleaner held on with a single wing nut. Later versions of this air cleaner were a similar design, but made of plastic.

The best way to identify them is to look at the bolt pattern where they mount to the manifold - they have two studs in line vertically. The suction chamber or dash pot on the top is quite a bit smaller and held on with two screws. 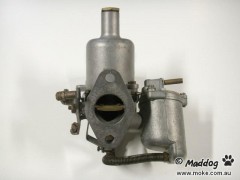 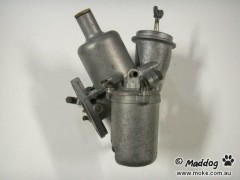 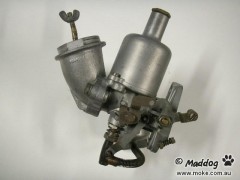 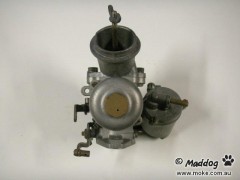 These are an 1 1/2" bore carby, and were fitted to the imported 998 and 1275 motors from around 1975 on. The fuel bowl moved to the left hand side, and they had the donut stlye air cleaner that surrounded the suction chamber and was held in place with two long wing nuts.

They differ from the HS2 in that the two mounting studs are arranged diagonally. The suction chamber is larger and held on with three screws. 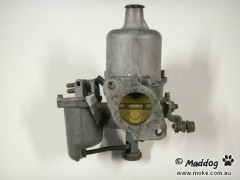 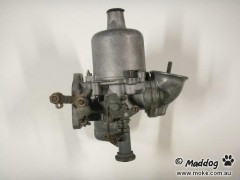 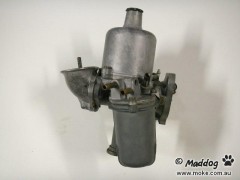 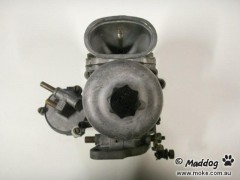 They are easily identified by the four mounting studs arranged in a square. The suction chamber is the same size as a HS4, and held on with three screws. 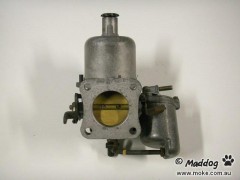 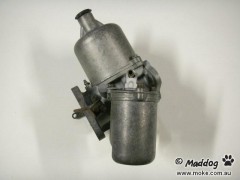 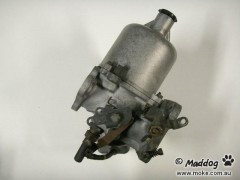 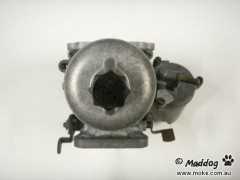 The HIF series of SU is a much later design carby fitted to the later UK minis and mini metro. While the design is basically the same, they incorporate some emission features, have an integrated fuel bowl and a totally different choke system. The HIF38 is an 1 1/2" bore, and the HIF44 is 1 3/4".

They are easily distinguished from the HS series by having the fuel bowl underneath the body rather than attached to the side. The mounting bolts are arranged in a square pattern the same as a HS6. 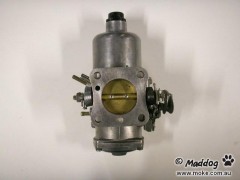 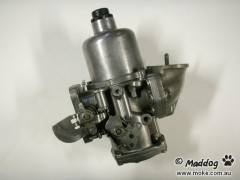 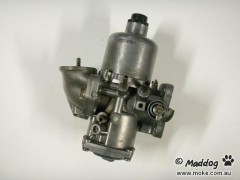 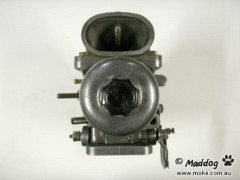 Always a popular performance modification, it will be fairly obvious if they have been fitted! They can be found in 1 1/4", 1 1/2" and ocasionally 1 3/4" sizes - but the same rules apply to identify the size of twin setups as the single carbys.