With the introduction of the Gal body Mokes, the old dash mounted wiper switch was replaced by a column mounted switch. This is a quick guide to how it all works. 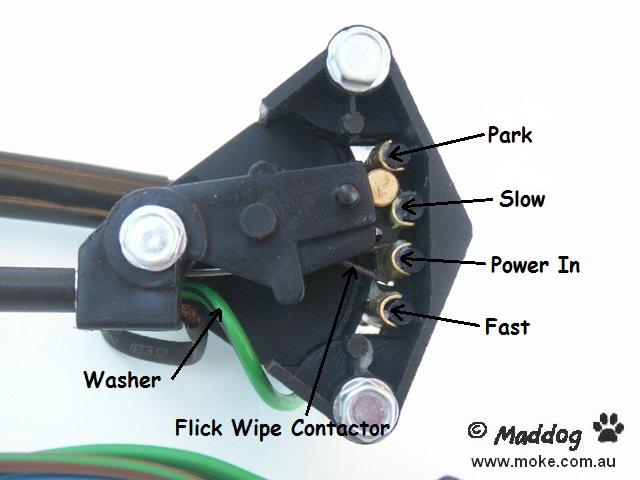 Here are the internal contacts.

Note the flick wipe contactor under the arm - it looks like a bent paper clip, but when the arm is pulled down it connects the power to the slow speed wipe. At the same time slow wipe and park are disconnected.

Here is the layout of the pins on the plug - 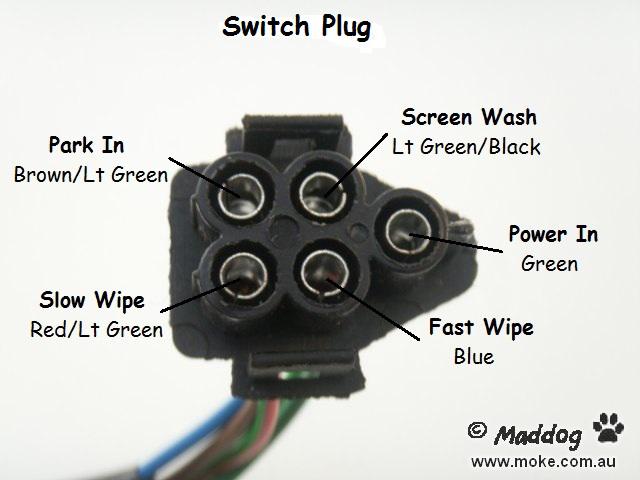 The colours on these wires don't match the Moke harness exactly, but are close enough that you won't get it wrong.

As you probably already know, this switch is pretty fragile - so don't try moving the arm without the metal cover plate installed. It's also a good idea to give it a good wash with hot soapy water and a toothbrush every ten years or so, and then a liberal dose of di-electric (silicone) grease. New switches are readily available, but quite expensive!

These were fitted from the start of Gal body production, and are exactly the same as the familar old two speed wiper motors. The only difference is the arm pivots are exactly two inches further apart.

For a full description of how they work, see wiper secrets revealed. 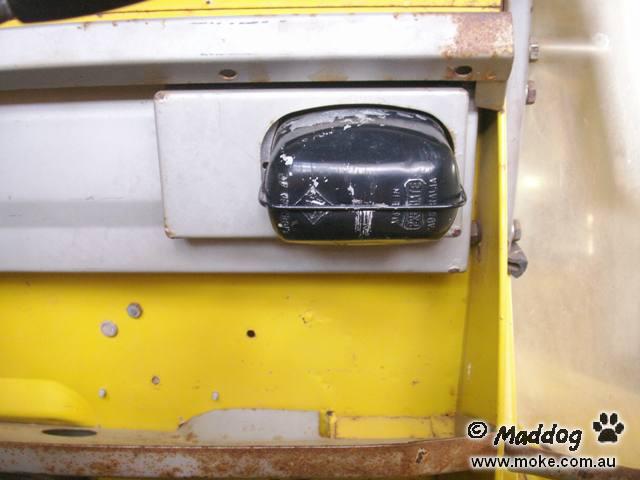 Unfortunately the park function is not compatible with the later switch, so they were never self-parking. The 1980 brochure actually had the "self parking" text blacked out! Even the harness had the park wire omitted. 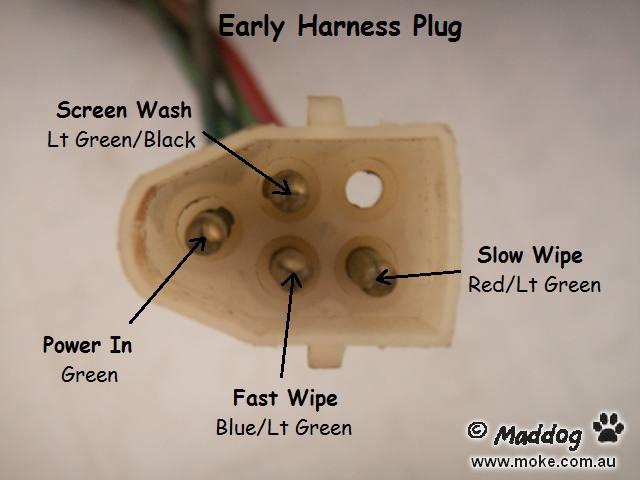 This makes the wiring very simple, as there are only three wires to the motor - fast, slow and earth. 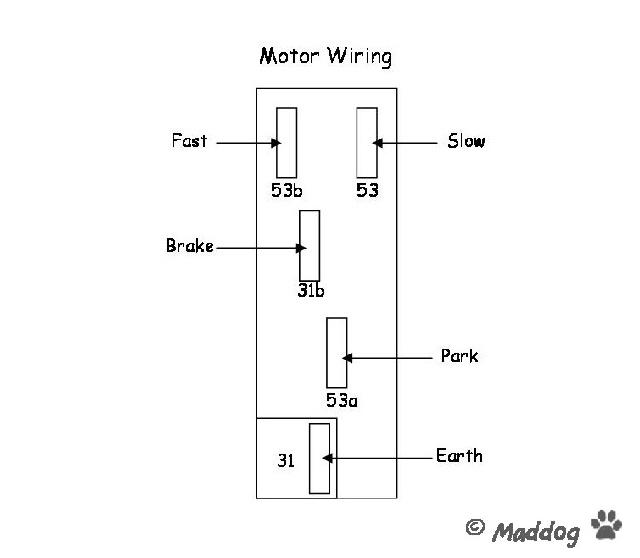 You can make them park by simply adding a power wire from the fused side of the fuse box to the park terminal (53a). The brake won't work, but it should still park OK.

From around May 1981 Mokes were fitted with a completely different Preslite wiper motor. 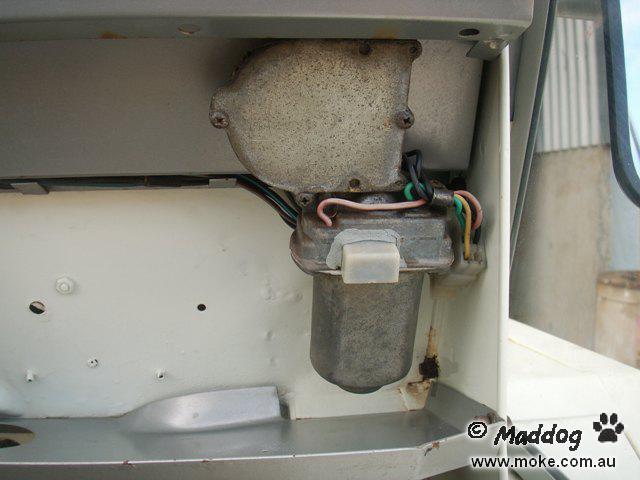 Virtually every part of these is different to the earlier wipers. The mount plate doubles as a cover for the actuating arms, and is held on by three of the original bolts plus two more further towards the dash. The actuating arms are flat to fit closer to the firewall, and sit on the opposite side of the wiper pivots. The wiring exits the centre dash and runs under the cover plate instead of through the firewall.

These motors use a more conventional circular park plate instead of the points and plunger in the old motor. 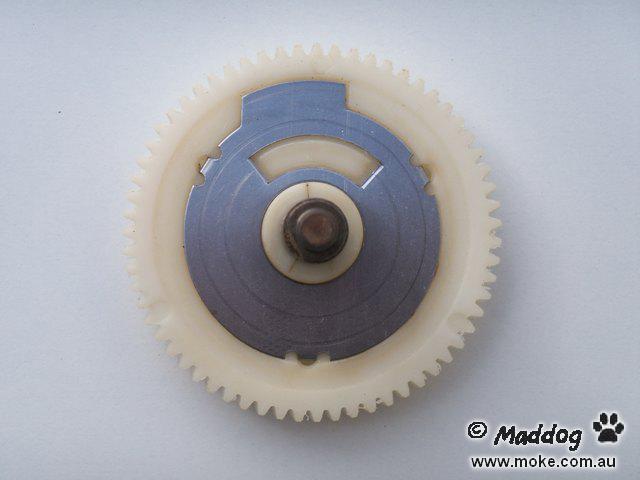 Below are the contacts for the park plate. Inner is constant power, centre is connected to the park terminal of the wiper switch, and outer is earth. 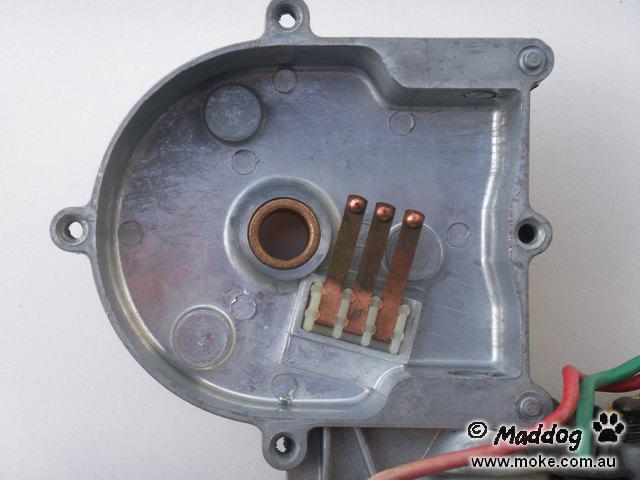 If your motor is working OK, I wouldn't recommend pulling it apart - they are a real pain to get back together! But if you are curious, heres what it looks like inside... 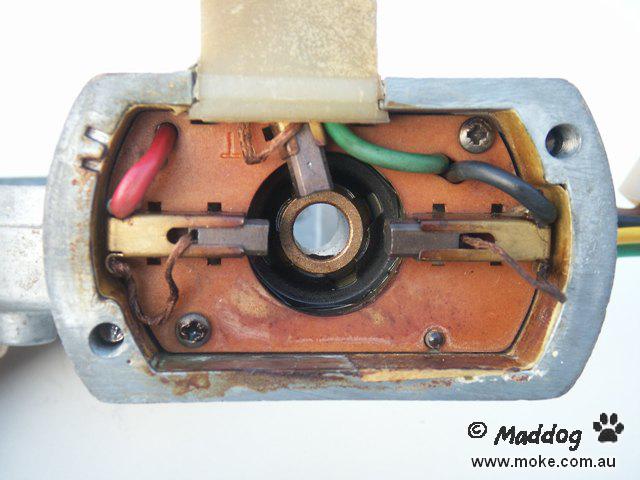 Fast, slow and earth brush holders and a self aligning bronze bush. The little plastic box covers the fast brush holder. The bottom of the armature has another bronze bush and the thrust is supported by a single steel ball, while at the top is a plastic plug with an adjusting screw in the housing.

Because the motor and harness both have six way plugs, connecting them is usually pretty simple. In case you have to replace the plugs or harness, here is the layout of both... 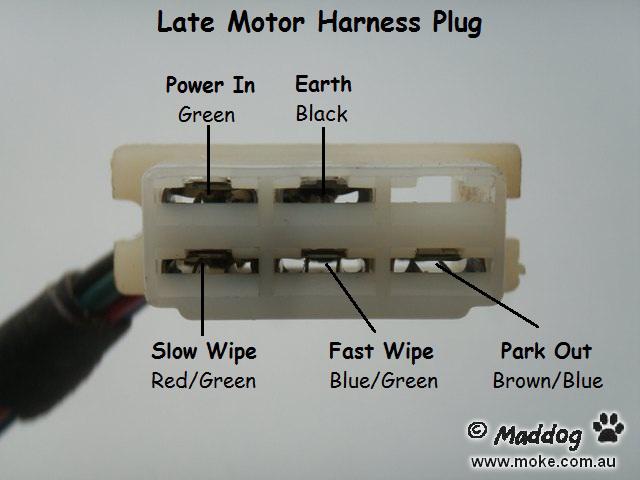 Note the colours are different on the motor, and don't match the harness. 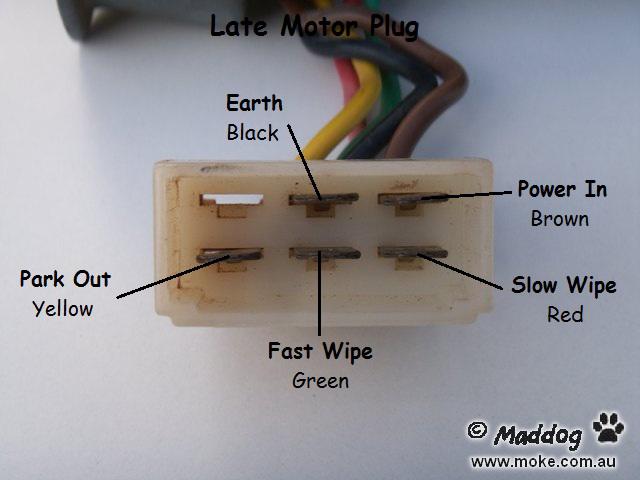 And here is the harness plug for the column switch - note the extra terminal over the earlier version for the park circuit. 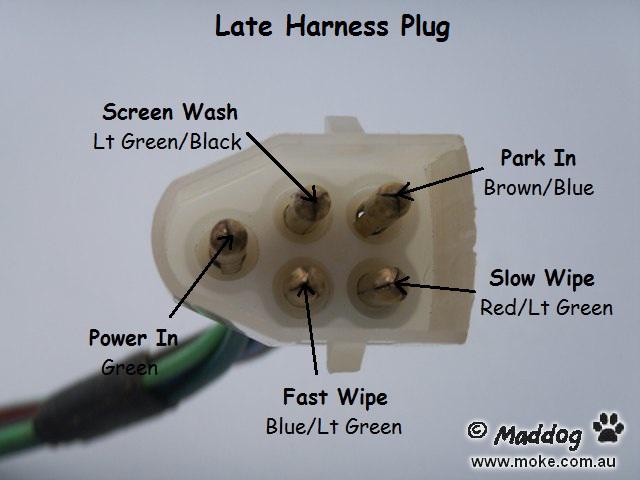 The switch and plug is the same as the earlier models.