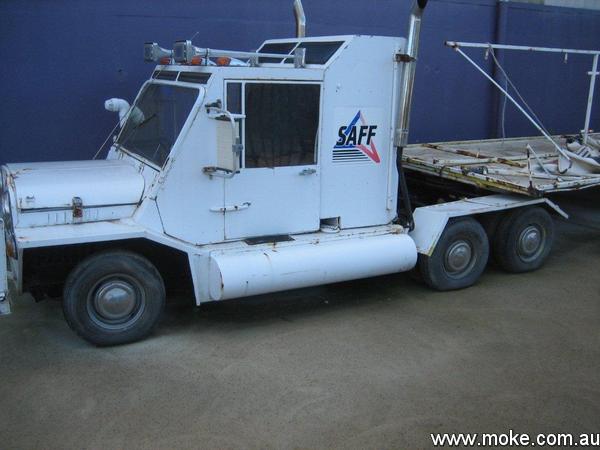 Not a huge amount is known about this Moke considering many Moke owners knew of it and have seen it and photographed it over the years. The original picture of it in the Shell Oil Company livery on display at the Port Wakefield service station and taken a good 20 years or more ago comes from an image on Tony's (aka Halfpint) fridge in his man cave.

The Moke has been gone from the service station for some years now, wherabouts unknown, until it appeared for sale on eBay in July 2011. Jack, aka Mavro, took a camera along to catch a few pictures of the Moke and trailer as it stands today in storage.