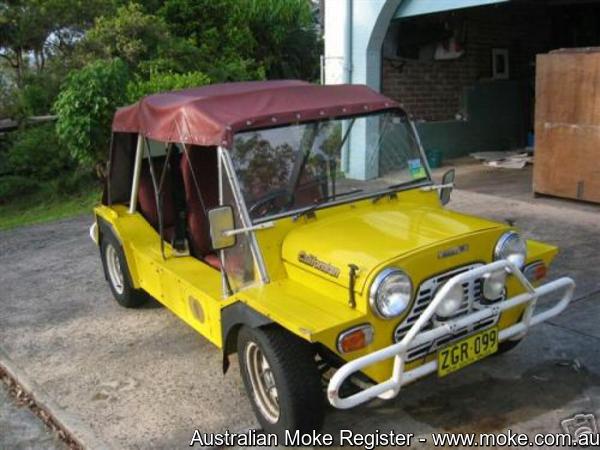 Advertised on eBay around 2009 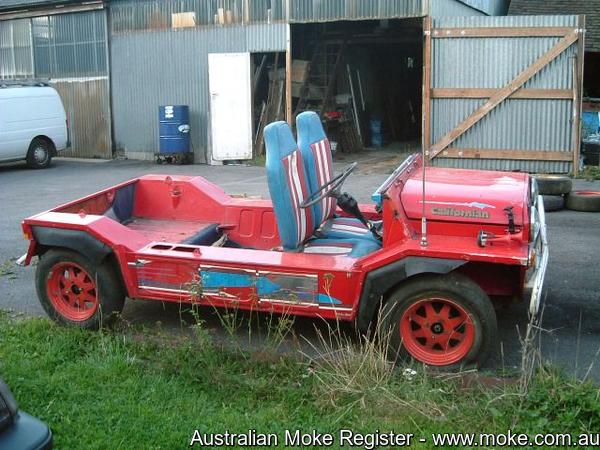 The Moke of Goat Island.

The Island isn't called Goat Island but it did have Goats and it does have a sadly neglected little Moke which is unlikely to ever be restored or recovered. 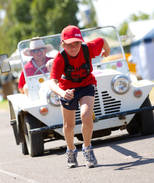 A Moke is a major drawcard of the Winton OutBack Festival's Iron Kids event.

This Moke was caught in the Black Saturday bush fires that went through Flowerdale in 2009 and it was intended at the time these photos were taken for the Moke to become a restoration project however those who know Joff were not surprised it was a featured garden ornament until 2014. The Moke now has a new home in Wallan as a donor vehcile for another project so it will soon cease to exist in its rather unique form and most likely will end up in the local tip I would expect. 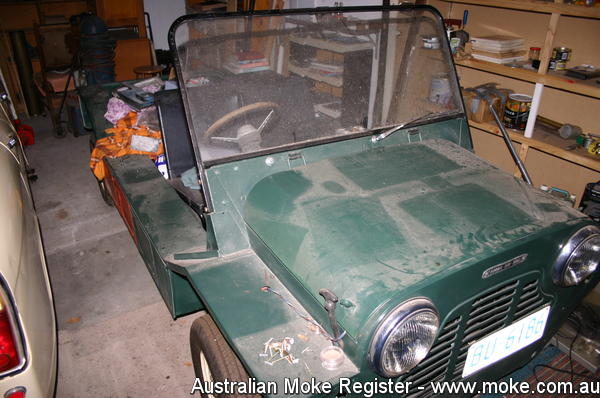