Hi fokes just a few quick words about our Sydney/South Coast IMD 2017. First of all I would like to thank Shorty 68 for organising a great run for all those that attended and a big thank you to Woody for driving 200 +Km from Newcastle to join us at the start of a trip that for me was about 470km round trip. Just a few photo's to share I assume there will be others to follow

This was the line up of 11 Mokes at the 7:30am start at Warragamba everybody turned up on time for a 8:00am departure. (I think because we weren't there after that ) 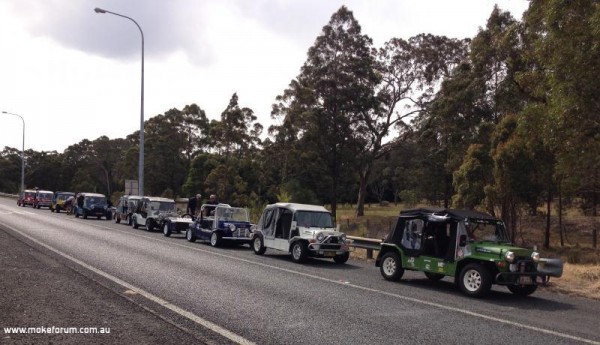 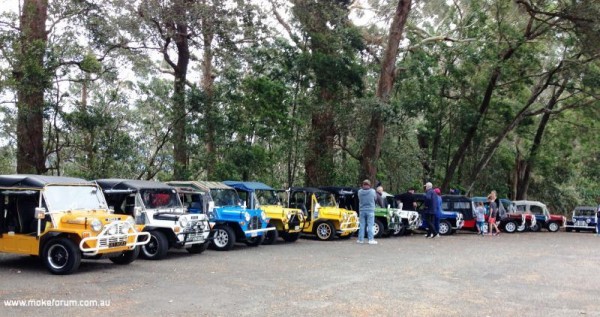 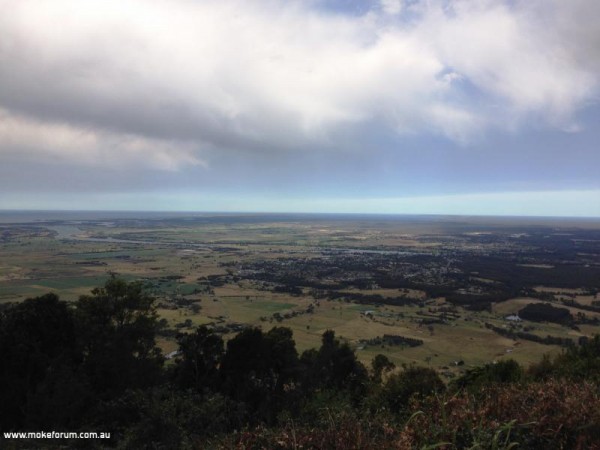 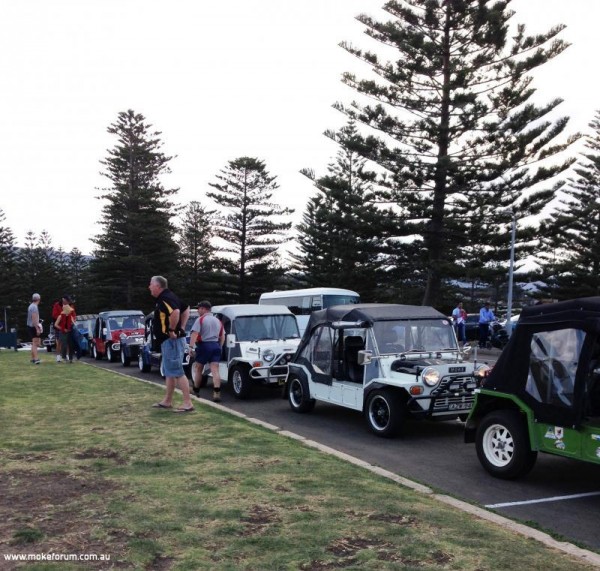 (No we were not Tour Buses but we could have been if the price was right)The Blow Hole was not working, someone forgot to pay the power bill or something I guess so off we set for home.
After a couple of wrong turns a few U turns  and the a couple more we made it to the outskirts of Sydney were 3 of us spit off and headed north.
What a great day, lovely bunch of people and a great laugh was had by all.I must say there was not one mechanical problem encountered other than lift the bonnet to check when parked up. That's just my take on the day.