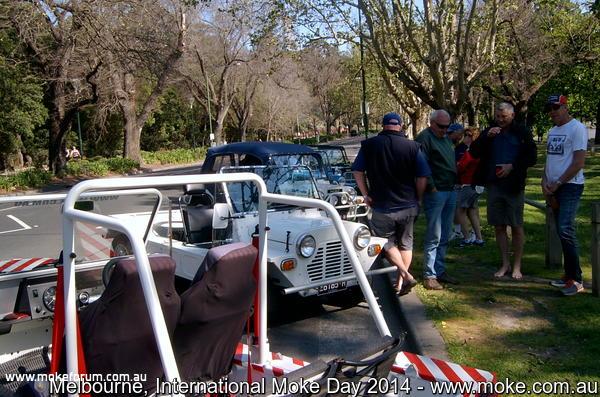 Melbourne was nice and sunny but a serious amount of wind for IMD 2014.

Melbourne was nice and sunny but a serious amount of wind that made cooking on the public BBQ's by the river a new experience as pieces of bacon and the eggs rings were getting blown off the hotplate, which was more mildly warm that actually hot, but we did manage to get some cooked. and scoffed them down cause they were actually quite nice.

There was 20 Mokes in attendance at the river, and one arrived after we had left,  with mostly people trying to talk and not get blown away and I saw a few heads under cars and under the bonnets so things seemed to be a pretty normal Moke outing. The poor student journalist tried a few times to interview me and a couple of others but the wind made the recordings pointless. Eventually we commandeered a public toilet block nearby for a wind break and parked a few cars in the background and she seemed happy with the result, but I have my doubts.

A bit over half the group then broke up into four convoys, wasn't planned that way but city driving in a big group doesn't work, and we eventually all found our way to the orphanage to take photos with some more Mokes and for people to generally have a look around. More standing around talking and stuff and people headed off in their own time with the last couple of guys leaving after the sun had gone down.

Thanks to everyone who came along in Melbourne, to the people who made the effort to enjoy IMD 2014 around the world and particularly those who took the time to organise an event or activity in their region.

Looks like I didn't take too many pictures at all yesterday, so hopefully other people with pop up some of their own.

Some of the early arrivals at Windy City.

Some of my spare Mokes boosting the numbers for IMD Melbourne 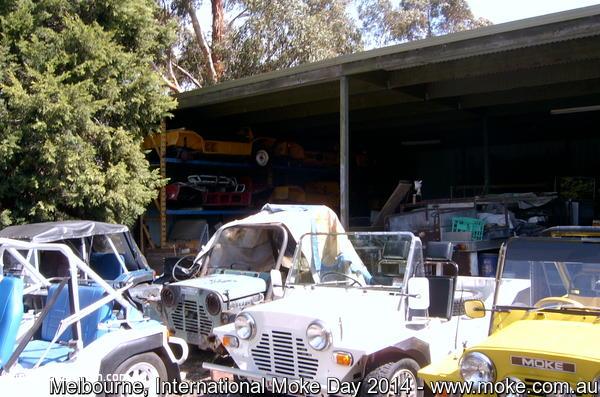 And some of the fast paced action happening at the IMD Melbourne. 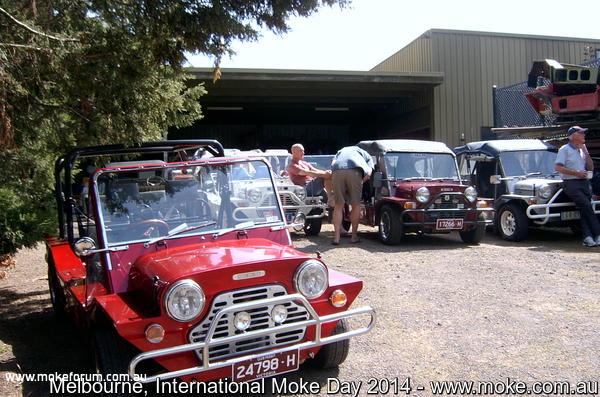