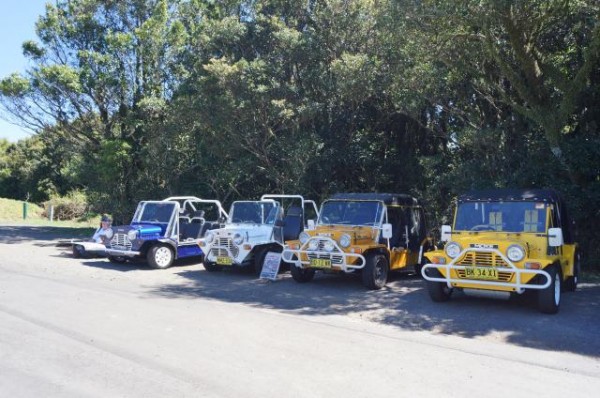 A group of four plus some Moke Spirit for IMD on the South Coast.

We had a fabulous day. It was bright and sunny and we had ‘4 and a bit’ Mokes!.... I will elaborate soon! We were down one at the last minute with Michael’s Moke suffering a blown head gasket but then literally picked up a surprise one along the way!
Teams Mazy and Biggles met up in Nowra sans the Rat

, but we were quickly shown that he was there in spirit, well, um, er, he was there by proxy... in the form of bonnet and spare wheel cover

Off we went to the blowhole at Kiama where we met up with Samm and with Andy (Bainesy) for the first time. We all decided that a run up the steep Saddleback Mountain Rd to the lookout was the order of the day. On our way out through Kiama we were gobsmacked and pulled up hastily when we spotted a yellow Moke parked in a driveway and of course had to investigate! After a bit of a chat with the owner Drew and his wife, he happily ceased all housebound jobs and led us for our run up the mountain.
Our merry bunch chatted, took pics and enjoyed the scenery for a while before continuing on to Jamberoo where Drew departed, and the rest of us had a nice lunch at the Bowling Club. We then parted ways and trekked off home having had a great International Moke Day with great Mokin’ friends.
The obligatory pics: 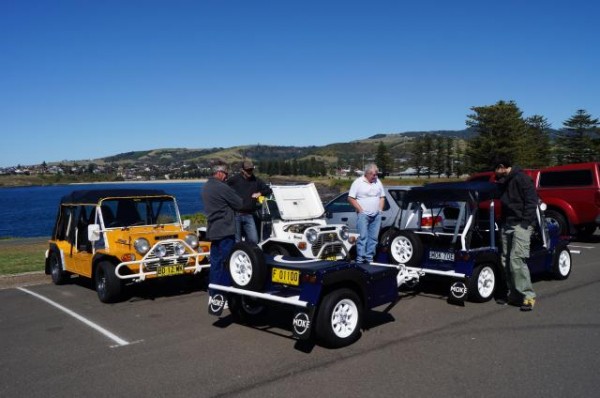 Biggles and the 'bit of Rat' 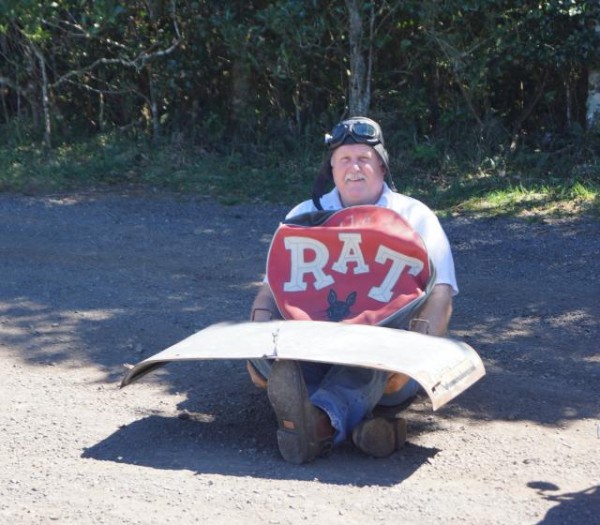 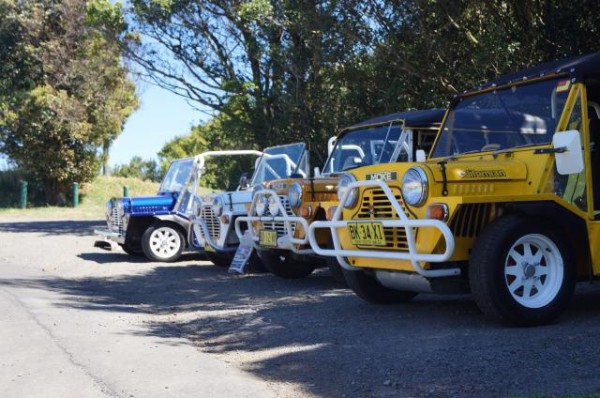 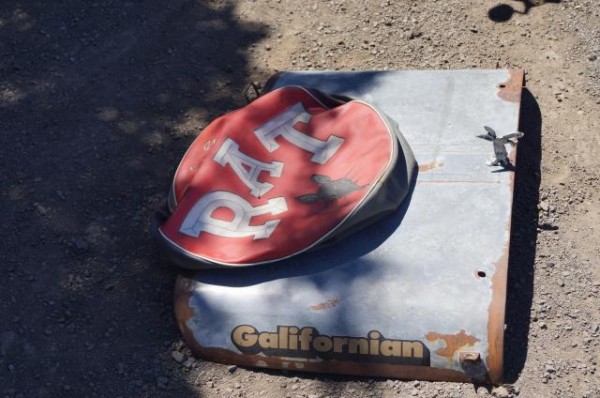 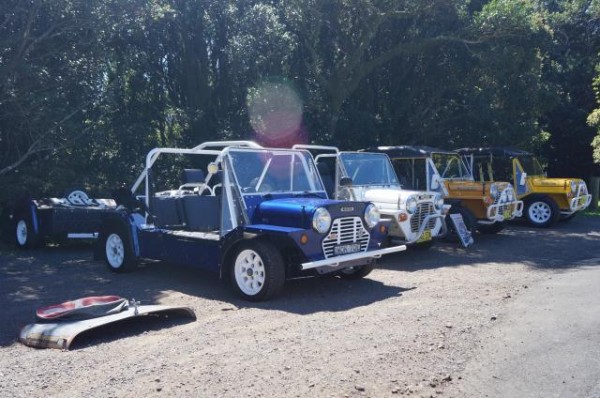 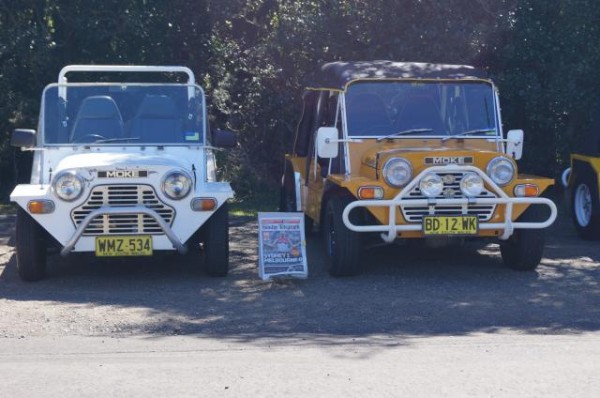 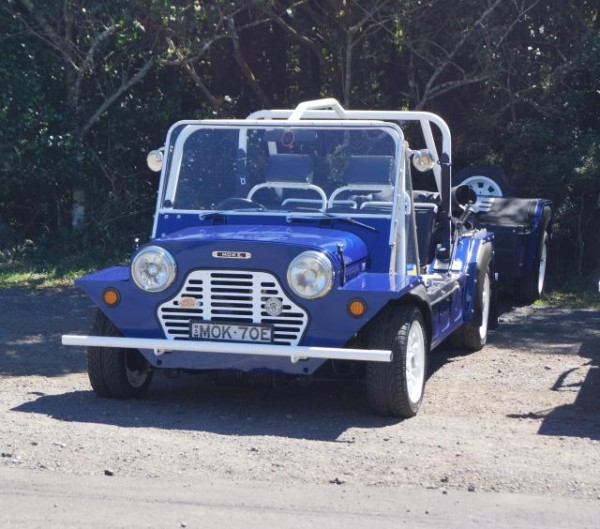 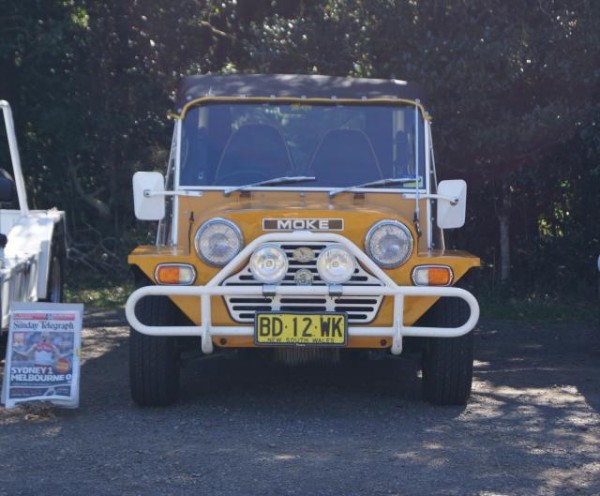 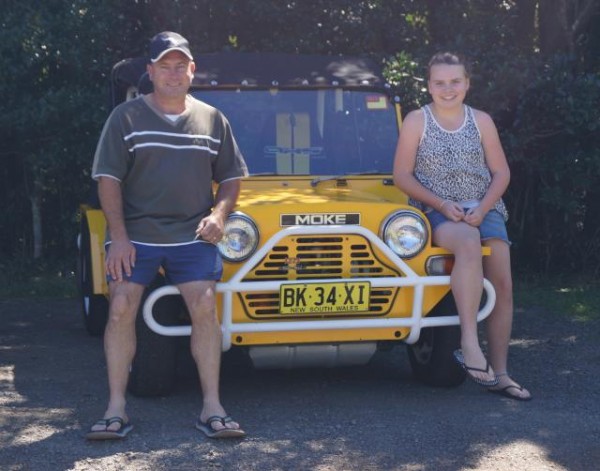 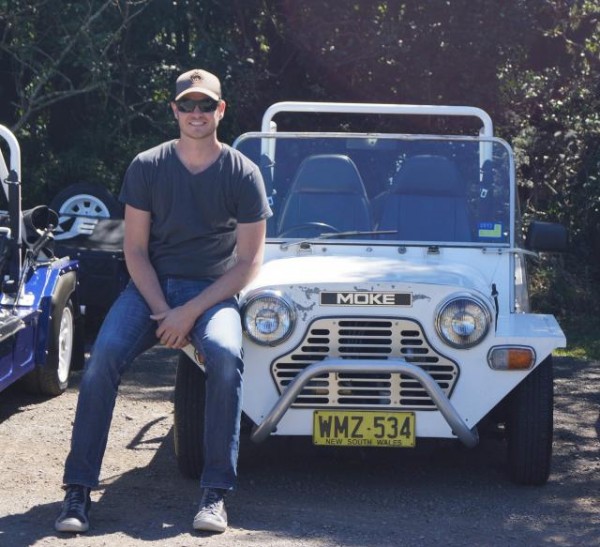