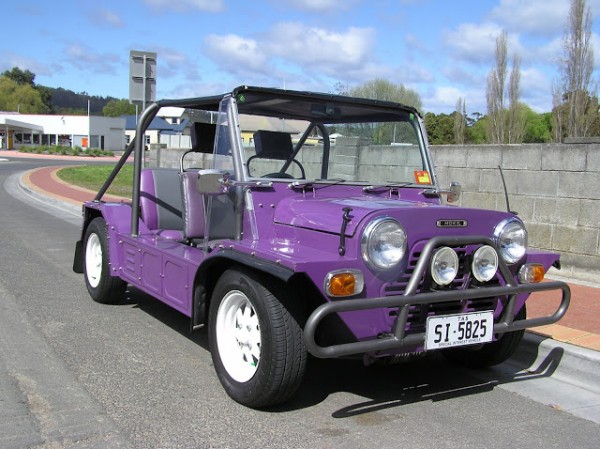 A glorious day for a drive in the Mokes in southern Tasmania.

We had six Mokes turn out for a terrific drive on a near-perfect spring day. Our circuit down through the channel area was fantastic. The roads are perfect for Moking, winding, quiet and very scenic. The road passes through farms and orchards with the apples and cherrys in blossom, and the mountains in the backdrop covered with a good dusting of snow.

Here's Paul and Tania showing what its all about. 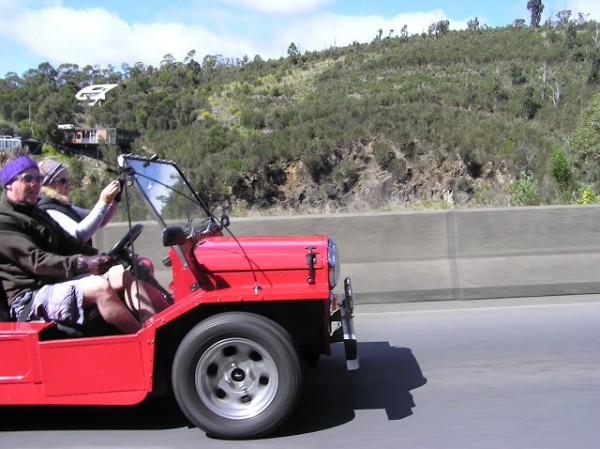 Patsy came along, despite having been towed home the day before. Its OK though, we like to plan ahead and bring James, our personal mobile Moke mechanic with us. James quickly swapped an alternator off a nearby race-car and fixed the problem 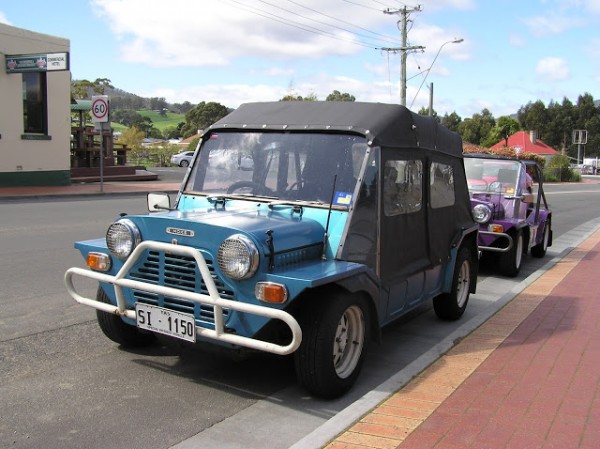 Stuart and Amy came along for the first time in their 'new' Moke, a nice 1981 model. 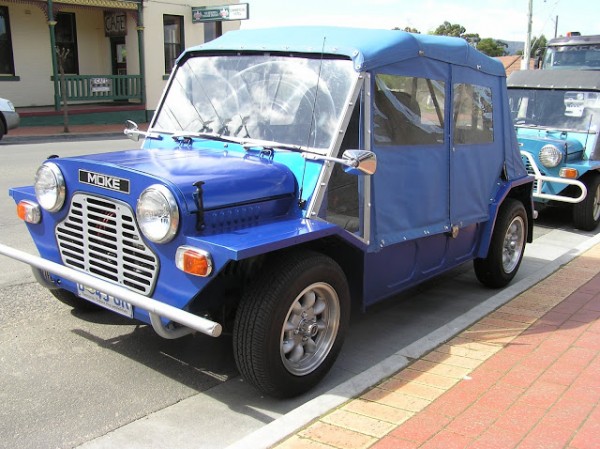 Mobile mechanic James came well equipped with tools and spare parts, luckily he has a Moke ute. What is really neat is that he also has a number of strategically placed workshops scattered around Southern Tasmania, so if the Moke is still moving you can just roll to the nearest one and he can give it a full going over, or just fit a new alternator. 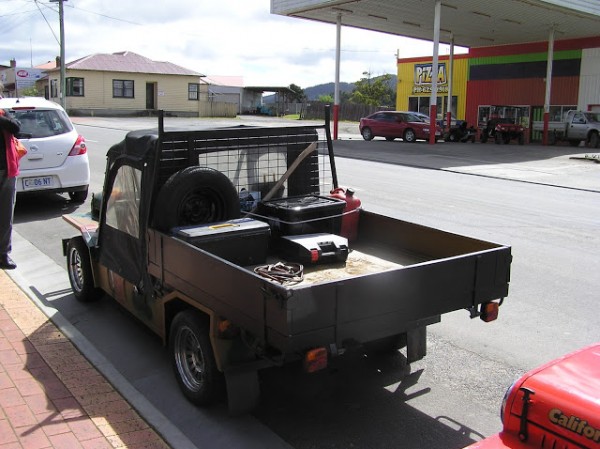 Paul and Cheryl came along in their purple fun-machine. Paul had made up a very neat top for it, but the weather didn't cooperate so he didn't get to test it properly.

I was there too but I didn't bother to take any photos of mine.

And the Official picture.