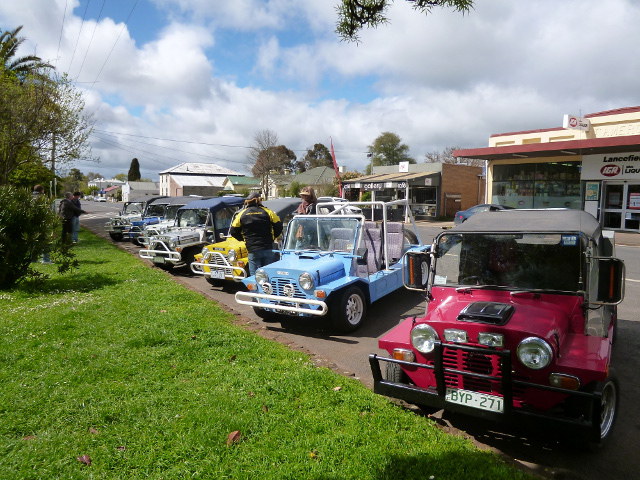 A nice country drive north west of Melbourne for IMD.

A cold and grey day in Victoria saw 6 Mokes (later 7) take off for a broad 350km circle anticlockwise around the Goldfields and Spa Country north west of Melbourne The tour started at the Hume Highway/Donnybrook Road junction and followed roughly (very roughly) this route: 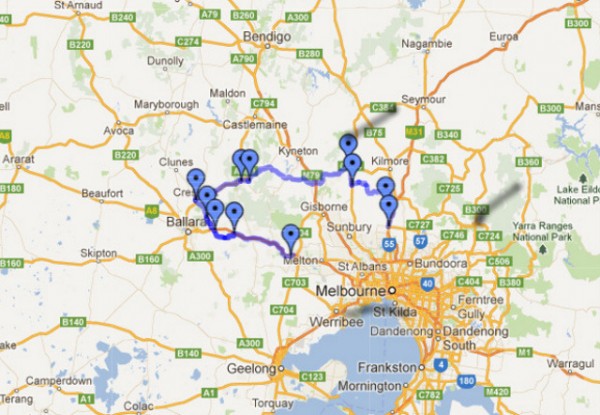 A bit of history: During the gold boom in the 1800's, the Victorian goldfields produced more gold than anywhere in the world other than California, and in 1856 more than 3 million ounces of gold were won from the diggings. It is believed that the many millions of pounds worth of gold exported to Britain allowed it to completely clear its foreign debt and set it up for the huge expansion of the empire seen in the second half of the 19th century.

Enough already! Back to the Mokes.

From the starting point we headed north to Beveridge before bearing west through the North Pole (an aptly-named Christmas Tree Farm) to Darraweit Guim and on to Romsey for a quick stop and to pick up our final convoy member: 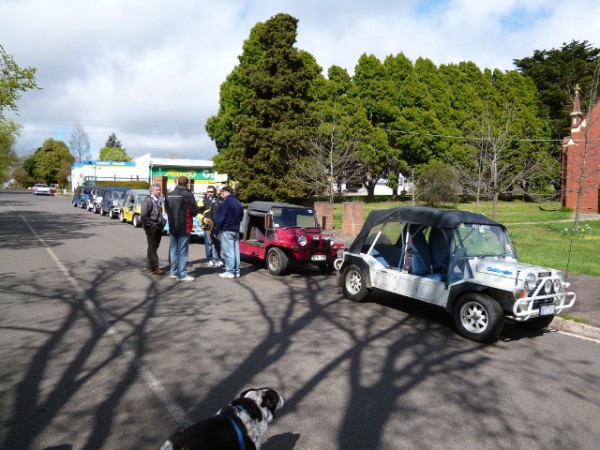 Cujo rounds up the slowmokes at Romsey.

before moving on to Lancefield for morning tea:

From Lancefield we continued westward, crossed the Calder Highway and ducked up for a quick stop at the Upper Coliban reservoir:

By this time everyone had given up on the cold weather and put their side screens on.

The reservoir has a large spillway where the water runs over a lip, down a slope then across a flattish base. At the base, the water is about an inch or two deep across the whole spillway and would be sensational for wet Moking if the authorities were looking the other way (hmmm.....)

On to Leitches Spring near Daylesford, where Sir Richard decided to try the waters: 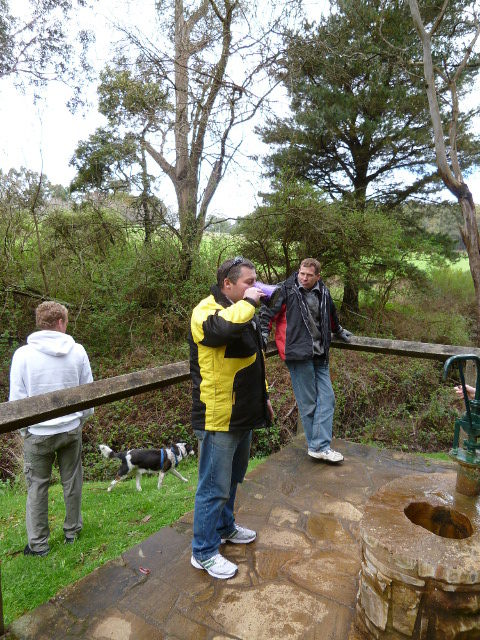 Terry was called in to adjudicate and decided it was NOT horse pee although here he points out to Trevor and Sirkka a sheep in an adjacent paddock. 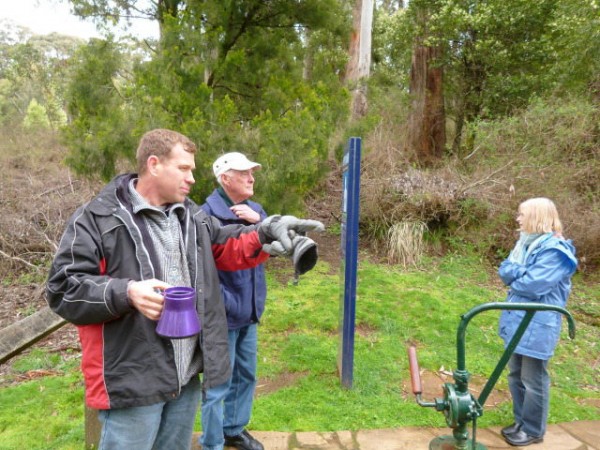 Then to Daylesford for lunch and a browse around the Daylesford Market before heading to Creswick, a picturesque ex gold mining town, now fairly sleepy but with a population of 25,000 in its heyday. At Creswick we stopped to smell the flowers: 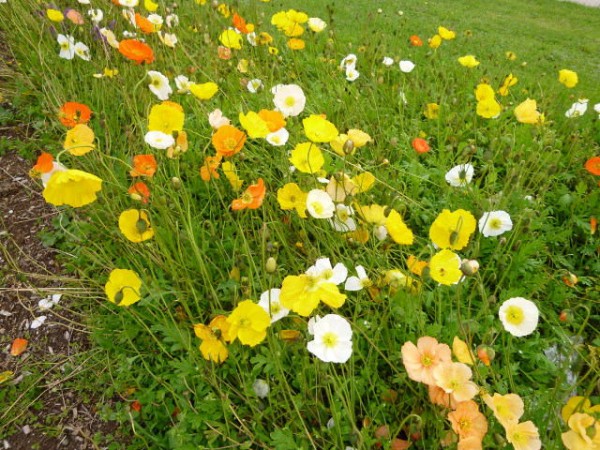 and to meet a local Moker (Bernard) and his mate: 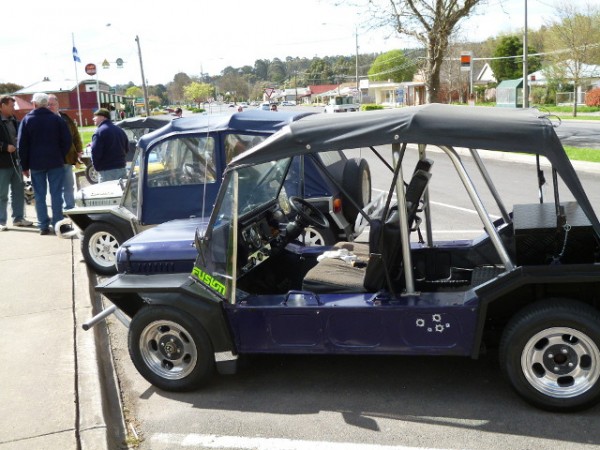 By this time it was warm and sunny (well, 15 degrees or so).  Afternoon tea over, we headed south  through Bunjaree on the south side of the Western Highway, looping back to join the Highway and head for home.

Tarmac and dirt, clouds and sunshine and only a tiny sprinkle of rain. Over 300kms of good Moking roads and very little traffic. Enough Mokes to make us well and truly noticeable in the towns, and all in all a great day out.