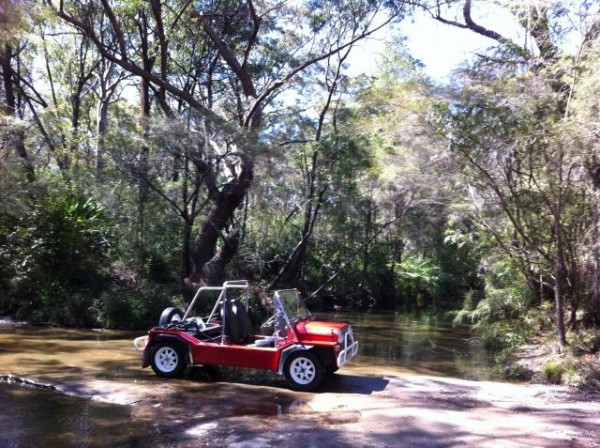 Ainsley's the lone Moke flying the IMD flag for Sydney.

So.... nothing official planned for Sydney but being that this was my first IMD that I was actually in the country for since becoming aware of its existence I jumped in the moke for a scenic trip from Kellyville via the Berowra Ferry up the old Pacific Hwy to Gosford and the Somersby Falls + back.

Excuse my crappy iphone pics, they really don't do this spot justice... 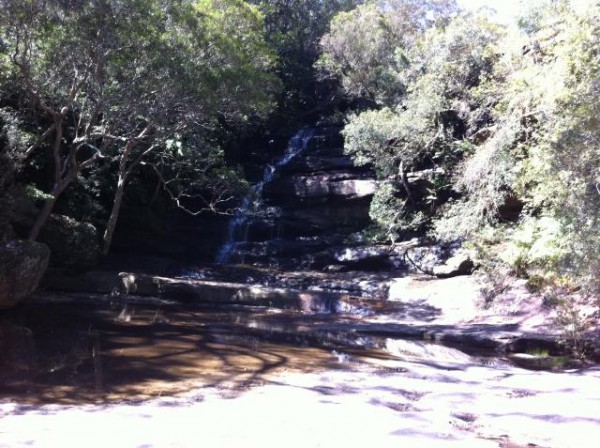 It's not India or Nepal that I was in this year, still amazing bit of OZ and it beats being in Asia watching you lot post pic's for a day I wasn't involved in!

This would make a great Sydney run... Round trip from mine was about 5 hours with a short stop at the pub in Erina for a drink with friends. I'm also told that there is a way to drive dirt roads down to the 5th level of the falls enabling a picture in the water with the falls in the back ground. Had a quick look around but will have to clarify with my source exactly which dirt road to take. One for next time? Could even combine a run with the north coast mob.