Radiator caps are fairly simply, but seem to cause a bit of confusion at times when it comes to mokes. Here's all you need to know to choose the right one for your favourite car.

Early Mokes (with no Expansion Tank)

Little wheelers and early big wheelers had a fairly normal cooling system with no provision for coolant recovery or expansion. The original radiators had a long neck, and the cap was a pretty low 7psi.

Before replacing the cap, is it a good idea to check first if the radiator has been replaced with a later short neck one. This is as simple as removing the cap and measuring from the seal area to the top of the neck - long necks will be around 1" or 25mm, and short necks around 3/4" or 19mm.

This radiator is a later 2 core replacement with a short neck. 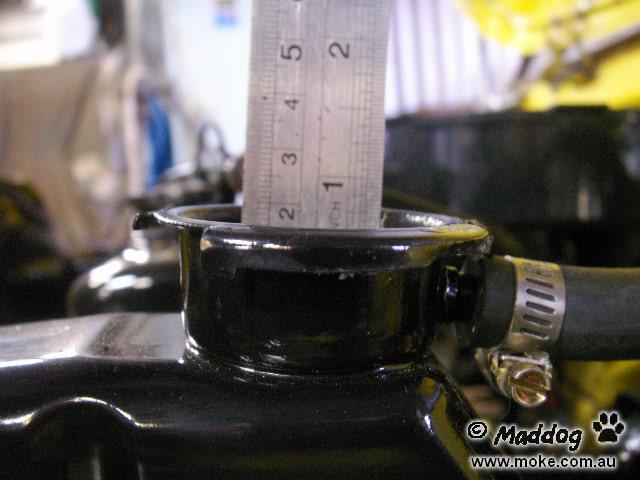 It is important not to use the wrong cap - at best the cap won't seal, and at worst the pressure will be high enough to damage something. The difference is obvious when side by side, with the long neck cap on the left. 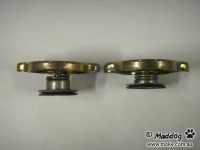 If your cooling system is in good condition, it is worthwhile going up to the 13psi caps to increase the boiling point and limit coolant loss.

And the short necks: 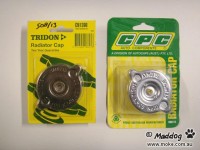 The expansion tank is just that - a small tank mounted on the firewall and connected to the top radiator tank. 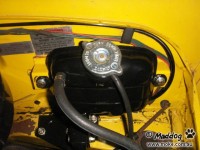 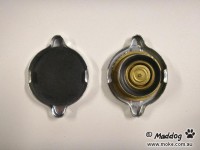 While it may sound complicated, it is actually quite simple when it comes to caps. It doesn't matter what sort of radiator you have - they all take a standard size blanking cap. The blanking caps have no spring or pressure rating, just a flat rubber seal on the inside that seals onto the top of the radiator neck. 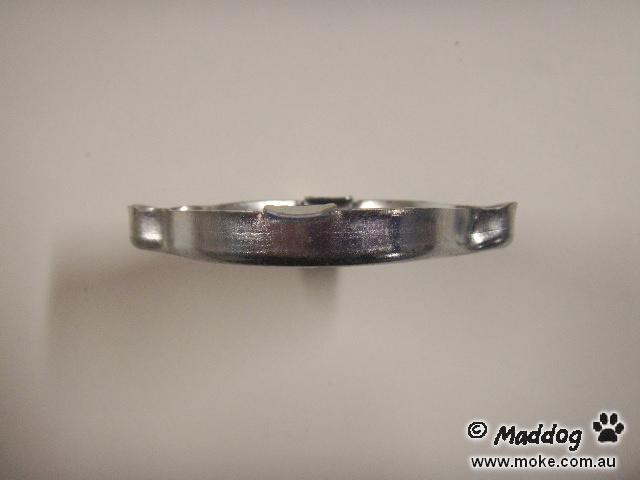 The expansion tanks are just as simple. They are all short neck, and take a standard 13 psi non recovery cap. Common part numbers are: 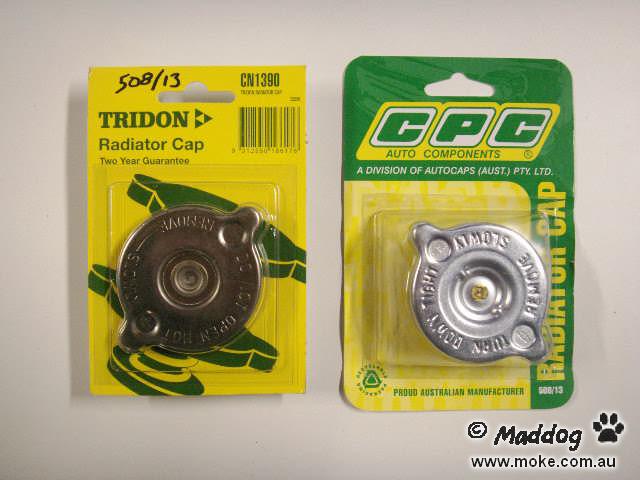